In 1969 I went to private practice at the study of prof.

Carones , then in 1979 I preferred to continue in autonomy at the Clinics ” City of Milan ” and ” Madonnina ” .

In 1998 until 2003 I worked at the “Centro Diagnostico Italiano ” where, with one of my instruments, that I have collected in the world and that I have made to build, I could also start the surgical assistance activity because I brought in Italy the surgery in local anesthesia of prof.

Weiss in Paris at the Rothshild Foundation, which he only performed on aesthetic patients.

I thought of extending the case history to all the departments.

Dal 1979 sono sempre andata a Parigi alla Fondazione per l’aggiornamento.Since 1979 I have always gone to Paris to the Foundation for updating.

For fifteen years the director of the Foundation Dr. Morax has been coming to my study to operate patients who have problems with eyelids and orbits.

Since 1988 I started working in other cities Pesaro, Ancona, Foligno for ten years, Rome, Forlì, Modena.

Since 1979 I have been present at all the world and European congresses also presenting in some scientific works also at KYOTO on the occasion of the world congress of 1995.

I was in New York at two hospitals: Manhattan and Ear and Eyes Hospital.

I went to work at Annette Spielmann’s studio and operating room in Nancy for six years.

In 1996 I won the First Prize for Diplopia Research at the European Congress in Nancy.

My activity continues between clinic and research : I developed in collaboration with INSREM of Lyon and bio-engineers of some Italian universities an instrument for the recording of all horizontal, vertical and convergence eye movements .

It took me about six years to complete it and then I changed it.

A bio-engineer from the Politecnico di Milano graduated with a study of eye movements with my instrument .

Since 2003 I have moved to the clinic “COLUMBUS ” and since 2004 the clinic has an agreement with BICOCCA.

Every year I have one or two students who prepare their thesis in my studies on different topics.

In 2003 I presented a work at the University of Padua on saccadic movements in clinical practice, two in Rome on strabismus and diplopia .

In 2005 I taught a week at the neuro-ophthalmology department of the Rothschild Foundation.

In 2007 I presented a lecture at the University of Parma on eye movements in electrophysiology .

The same year I attended the neuro-ophthalmology conference in Bolzano and in the same month in Montpellier for a congress on diplopia.

Then in December in Zermatt : the congress of European professors.

Nel 2008 insieme con il prof we organize a multidisciplinary congress on diplopia in Fontanellato with the participation of several directors of foreign university clinics.

2009 in Nice I presented a work for the French ophthalmological society and was invited to Zermatt to re-present it in early December.

From 1994 until today I have performed the preoperative examinations and I have assisted to approximately 1100 surgeries in local anesthesia and beyond 1500 in general anesthesia. 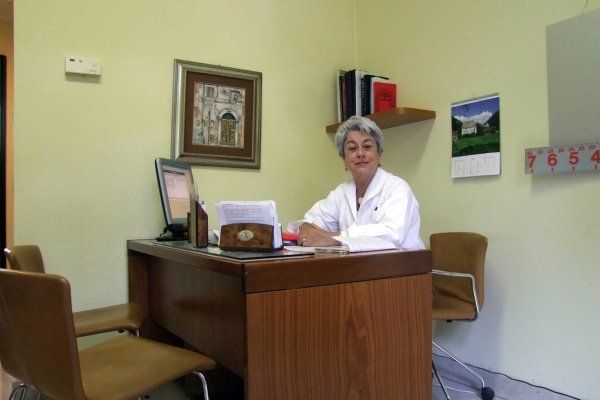 Fill out the contact form for more information or for appointments